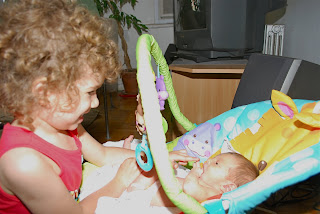 I have a new cousin. I am much bigger and older than Nina but already I can tell she likes me a lot. I jiggled her bouncy seat, showing her how to pull down on the lion and get him to roar. Well, really he played music.

Daddy: It's so exciting to see Emma relating with a baby Nina: Emma as an excited, mature 4 year old, ready to swaddle, burp and feed the milk.
As a side note, Marcy and Jurgen are doing a great job!
Posted by Dermansky Inc. at 5:55 PM No comments:

Back in New York for August

I know Jelvis personally. He's more than just a grifter, he's a man willing to do anything for a hug and to make you smile. Emma saw his act at Barney Greengrass and Artie's deli, than went to Barnes and Noble for some Dora books. Beautiful pictures below taken by Ann Dermansky, AKA Grand-ma Annie. 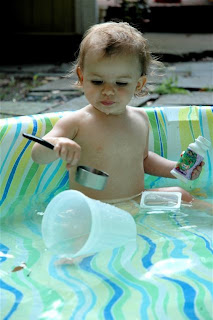 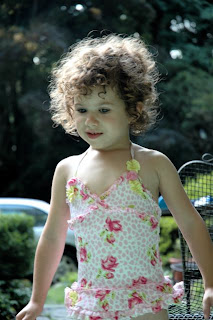 Posted by Dermansky Inc. at 4:09 PM No comments: